Go Vote 2.0: We Are the (Voting) Champions Innovation Sprint 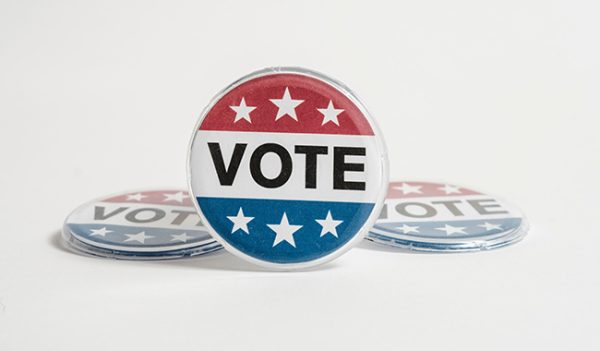 Building on last year’s four-week innovation “dash,” the Carrie Chapman Catt Center for Women and Politics, Department of Political Science and Student Innovation Center have again partnered, this time on a year-long innovation sprint as preparation for the 2022 midterm election.

Five political science undergraduates – Demarquis Heard, Justin Hollinrake, Alyssa Rodriguez, Lauren Rush and Mallory Tope – have been working together to implement and expand upon the student voter engagement ideas generated in last year’s dash. The students have worked under the direction of Faith Toweh, a political science graduate student.

“ ‘If not us, who? If not now, when? For democracy requires the voices of us all.’ This project changed my position from ‘local politics do not concern me’ to ‘they must concern me,’ ” Toweh said. “Students make up a large portion of Ames’s overall population. Therefore, they must be represented within the political realm, for it is what democracy requires.”

The Innovation Sprint team identified four target populations: STEM students, who have voter turnout rates that are consistently lower than the ISU average; residential students, including those living on campus and in nearly fraternity and sorority houses; multicultural students; and “Cyclones” – all students not included in other groups. One team member has been focused on each target population, with the fifth student working on communications strategies and resources.

The Innovation Sprint students also critiqued the Canvas module developed and distributed in 2020, secured permission to use Cyclones Vote and its hashtag #CyclonesVote, and initiated a partnership with Science Rising, a national voter engagement group that focuses on science issues.

The team presented their project at the IGNITE Innovation Showcase on April 18 and earned a second place finish in the “Change the World” division.

“Working with the students has been just a joy. They bring creativity and passion to the project. I can’t wait to see these ideas implemented in the fall,” noted Catt Center director Karen Kedrowski.