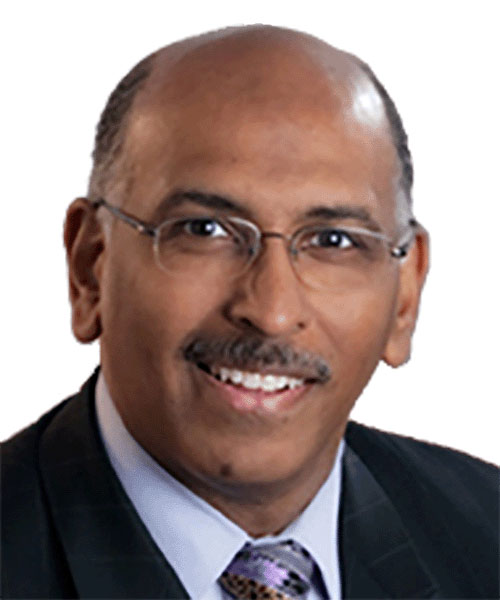 Steele – an attorney, political commentator and former lieutenant governor of Maryland – will present “Trumpism and the Republican Party: What’s Next?” at 8 p.m. in the Memorial Union’s Great Hall. The presentation is free and open to the public.

“Parties are defined by ideas, values, principles and people. Those ideas and principles are anchored by an expression of faith or ideology. When a party loses touch with what it is and what it believes, it also loses value with the broader community,” Steele says.

“Trumpism does not represent what the Republican Party and conservatism actually are, but rather reflects a long descent into grievance politics,” he says. “To reanimate its founding principles, Republicans must now re-imagine themselves and their party in a way that is compatible with the very values and principles they purport to hold. I am looking forward to my conversation with the Iowa State community about the future of my party and how we as citizens can make our democracy strong and vibrant again.”

Steele was the first African American elected to statewide office in Maryland, serving as lieutenant governor from 2003-2007, and was the first African American to serve as chair of the Republican National Committee, from 2009-2011. Under Steele’s leadership, the RNC broke fundraising records and Republicans won 63 House seats in the 2010 midterm elections, the biggest pickup since 1938. His commitment to grassroots organization and party building at the state and local levels yielded 12 governorships and the greatest share of state legislative seats since 1928.

Steele is currently a political analyst for MSNBC and host of “The Michael Steele Podcast.” His writings on law, business and politics have appeared in The Wall Street Journal, TheHill.com, TheGrio.com, Politico.com, TheRoot.com, BET.com, Townhall.com, The Journal of International Security Affairs and Catholic University Law Review.

Steele received a Bachelor of Arts degree in international studies from Johns Hopkins University and a Juris Doctor from Georgetown Law School.

“Michael Steele provides our students with a wide-ranging perspective on the current state of American politics and what its future may look like,” said Mack Shelley, chair of Iowa State University’s political science department. “He brings to the discussion decades of experience with electoral politics, expert political commentary and the law.”

“Ten months after the Capitol was attacked, with the ongoing partisan struggles over COVID-19 response and culture wars at full tilt, the state of our union is worrying, to put it politely,” said Michele Manatt, daughter of the late Charles T. Manatt and Kathleen Manatt and former senior policy advisor at the U.S. State Department. “Michael Steele’s candor, deeply resourced information and moral clarity make him the perfect speaker for this year’s lecture.”

In addition to the Manatt and Phelps families, the 2021 Manatt-Phelps Lecture in Political Science is co-sponsored by the College of Liberal Arts and Sciences, the Department of Political Science, the Carrie Chapman Catt Center for Women and Politics, and the Committee on Lectures, which is funded by the Student Government.

The Manatt-Phelps Lecture series, established in 2002 by the late Ambassador Charles T. Manatt and Kathleen Manatt and Thomas and Elizabeth Phelps, brings to campus a prominent practitioner or scholar to address issues of significance to the United States and to Iowa in international political economy. It is now overseen by Michele Manatt.